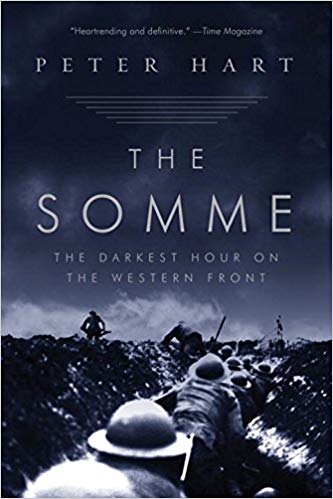 On July 1, 1916, the British Army launched the Big Push that was supposed to bring an end to the horrific stalemate on the Western Front between British, French, and German forces. What resulted was one of the greatest single human catastrophes in twentieth century warfare. Scrambling out of trenches in the face of German machine guns and artillery fire, the Allied Powers lost over twenty thousand soldiers that first day. This battle would drag on for another four bloody months, resulting in over one million causalities among the three powers.

As the oral historian at the Imperial War Museum in London, Peter Hart has brought to light new material never before seen or heard.

The Somme is an unparalleled evocation of World War Is iconic contest the definitive account of one of the major tragedies of the twentieth century.